Volcanoes National Park lies in the northern part of Rwanda protecting the Rwandan portion of the Virunga Mountains which are shared amongst Uganda, Rwanda and the Democratic Republic of Congo. The mountain ranges include Rwanda’s highest point mount Karisimbi and two active volcanoes Mount Nyirangongo and Mount Nyamuragira.

The parks vegetation is an ever green bamboo forest with grasslands areas, swamps, heath and moorland with a very high altitude of up to 2500m to the peak of Karisimbi. The Virunga was first gazette in 1925, it being the first protected area created in Africa well known for mountain Gorillas and Golden monkeys. The first gorilla tracking in Rwanda was launched in 1979 and by the 1980s the sale of the gorilla permit was on the boom a third to generate revenue for the country, however during the 1991, Rwanda underwent a civil war and the park acting as a battle field for fighting followed by the genocide and hence closure of access to the park, surprisingly the mountain gorillas survived the test of time. 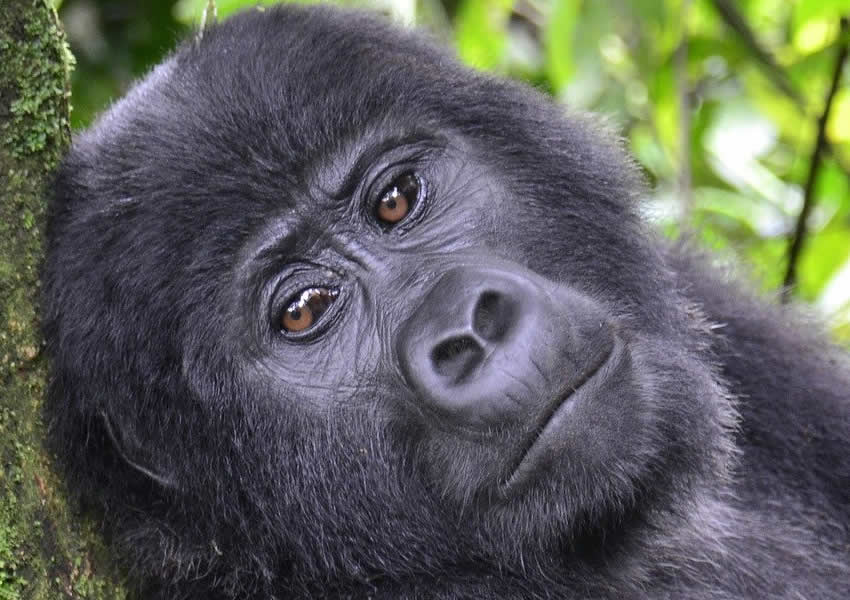 The park was re-opened in 1991, initially it was called parc national des volcano until the country decided to change its official language to English from French which led to attaining the name volcanoes national park. The park is home to mammals like forest elephants, buffaloes, giant forest hogs, duikers, several primates and over 165 species of birds 17 of which are endemic for example the cinnamon bee-eater, red-billed fire finch, dusky fly catcher, chubbs cisticola, red-faced warbler among others.

Tourism activities include trekking mountain gorillas with a provision of eight clients per gorilla family per day, there are habituated golden monkeys for tracking in fact one can be able to take very beautiful pictures of the golden monkeys, the park is good for birding safaris especially during nature walks on the slopes of the mountain, hiking can be organized for about 3 hours to the nearby crater lakes its very beautiful and amazing with in the park area worth visiting.

It is advisable to keep distance from the mountain gorillas 7m away, viewing is allowed for 1 hour to interact with them take photos and videos, it’s important to carry long sleeved shirts and trousers, boots, repellents, rain gears, water proof covers for phones and cameras it could rain any time. The best time to visit s during the dry season June –mid September and January to December.

During the visit to the park, one can actually add on a visit to the local people, get involved in their beautiful cultures, dances, be crowned king or queen traditionally, norms and customs.

The park is located 2hours drive from Kigali the capital of Rwanda, the park is central for people who come to Rwanda with easy access through musanze its very much possible to drive to park on the same day you are trekking. Accommodation is available ranging from luxury to budget for example gorilla volcanoes lodge, mountain gorilla view lodge, muhabura hotel among others depending on your choice of interest.