Uganda shares its borders with South Sudan in the North, Kenya to the East, and the Democratic Republic of Congo to the west, Tanzania to the South and Rwanda to the south-west. The geography of Uganda is characterized by mountains. Plateaus, volcanic hills, swamps, Lakes and rivers, waterfalls and the Albertine Rift Valley. The highest point in Uganda is the Margherita peak on Mount Stanley (Rwenzori Mountains) extending for over 16,768 feet above sea level while the lowest point is the Albert Nile bordering South Sudan. Here are facts about Uganda. 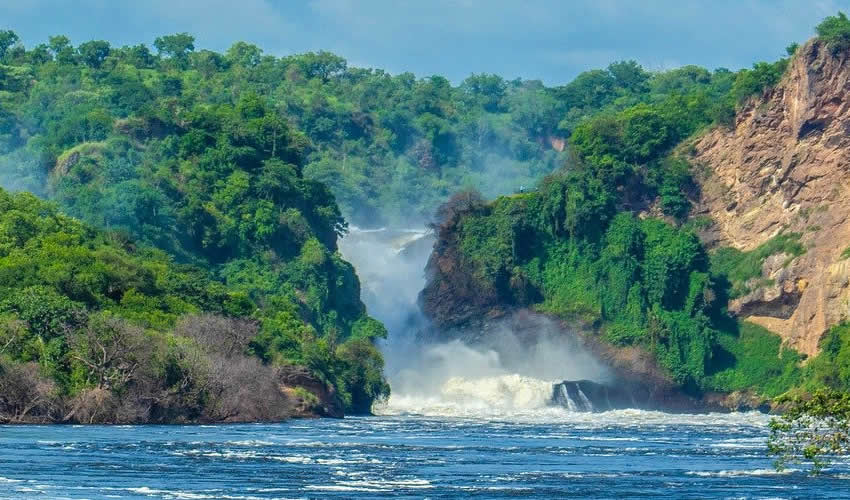 English is the official language of Uganda. Swahili is also commonly used with other languages including Luganda, Lunyakole, Lusoga and among others.

The population of Uganda has grown significant over the past century, maintaining a growth rate slightly above or below 3% for most of the time. Apparently, Uganda accounts about 45 million of people. The current rate of growth is 3.26% annually giving rise to an increase of nearly 1.5 million each year.

The unit of currency is the Uganda shilling, the small unite is 50 shillings and large note is 50,000 shilling. Most tour operators prefer that tourist pay in US dollars, but Euros and Pound sterling are also widely accepted. Hard currency cash can be changed for the local currency at any of the banks and forex bureaus in all the towns within Uganda, although one will find difficulty using travelers’ cheques outside of Kampala. You can draw the Ugandan Shilling against Visa and other major credit cards at selected bank ATMs in Kampala, Entebbe International Airport, as well as in other larger towns outside of the Capital.

All Uganda Visa allow you to travel freely within the country. Uganda visas may be obtained at Uganda mission abroad or on arrival at the ports of entry in the country. All travelers to the republic of Uganda must have a valid yellow fever immunization card. For those who applying the tourist visa and beginning their Safaris in Uganda, you can find information on the visa application process on the consular section of your local Uganda embassy’s website or call us to help you out.

How to get to Uganda

The main entry point for flights into Uganda is Entebbe International Airport located near the town of Entebbe, about 46km/ 29mi from the capital of Kampala. Uganda is a relatively compact country and further transportation within the country is usually done by vehicle, through more upmarket safari increasingly tend to include one or more flights. In most case, your local tour operator will collect you from the airport or hotel and further. Transport will be part of and costed into your safari package. Uganda has its own airlines called Uganda airline that fly every day into different destination include Kenya, Tanzania, Ethiopia and among others. Entebbe international airport receives international flights from different destination include Brussel airline, Ethiopia airline, fly Emirates, KLM airline, Kenyan air ways, RwandAir and among others. And you can still access Uganda through its neighboring countries include Kenya, Tanzania, Congo, Rwanda and South Sudan.