Rwanda bordered by Uganda to the north, Tanzania to the east, Burundi to the south, and the Democratic Republic of the Congo to the west. The country is divided by great peaks of up to 3000m (9842ft), which run across the country from north to south. The Virunga volcanoes, rising steeply from Lake Kivu in the west, slope down first to a hilly central plateau and further eastwards to an area of marshy lakes around the upper reaches of the Akagera River, where the Akagera National Park is situated. Here are facts about Rwanda. 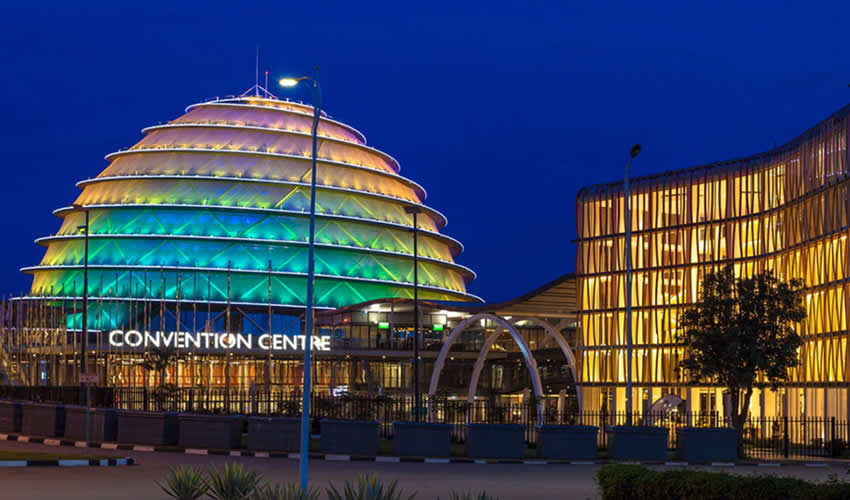 Rwanda has a population of over 12.6 million living on 26,383 sq km of land and there is most dense populated mainland African country. The population is young and predominantly rural with density among the highest in Africa.

In Rwanda, Kinyarwanda, French, and English are the official languages. However, since the 1994 genocide, the complications of relations with the current French government, the return of numerous Tutsi refugees who went to Uganda (Anglophone), and also the intervention of the United States, English have been used by more of the population and administration.

Rwanda has a temperate tropical highland climate, with lower temperatures than are typical for equatorial countries due to its high elevation. The hottest months of the year in Rwanda are November, January and March, temperature rise up to 300 Celsius. The rainy months are April, May, September and December with the wettest month being May.  As a result of higher altitude Rwanda experiences more cold weather; the best times are December-March and June-September

Kigali is well serviced with a few international banks, such as Stanbic, and a few modern local ones such as the Bank of Rwanda and the Bank de Kigali. The unit of currency in Rwanda is the Rwandan Franc (RWF). Coins in this currency are in the following denominations: 10, 20, 50, 100; and notes in some of the following denominations: 500, 1000, 5000, 10000 in circulation concurrently with British Pounds Sterling, US Dollars, German Marks (rare), Swiss Francs (rare), French Francs, Euro, Japanese Yen (rare), SA Rand notes.

Traveling in Rwanda you’re required to obtain a visa and yellow fever vaccination may also be required depending on your specific itinerary. Most visa to Rwanda last 90 days but can be often be renew or extended. Visa to Rwanda are issued on arrival or from Rwanda Embassies. There is no single affiliated agent that is authorized to apply for visa on your behalf. A passport must be valid for six months after entry into country and a single entry tourist visa cost $ 30 that valid for 30 days

How to get to Rwanda

Rwanda has one international gateway for arrival by air, Kigali International Airport which is located at Kanombe 10 km east of Kigali’s city centre. Rwanda has country has its own airlines called RwandAir, that has international flights in different destination including Uganda, Kenya UK, Belgium, China, Dubai and among other countries where RwandAir flies. It also receives different international airlines like Brussels Airline, Ethiopian Airline, Kenya Airline, Qatar Airline, KLM Airline and among others. One may also opt to enter Rwanda through road by using neighboring countries including Uganda, Congo, Tanzania and Burundi.