The 3 Days Ngorongoro Crater Safari gives you a great way to explore the Ngorongoro crater to the fullest. The Safari tour departs from Arusha or Moshi that gives visitors a great chance to visit the famous Ngorongoro Crater in the northern circuit tour destination of Tanzania. The Crater is the world’s largest unbroken caldera which hosts varieties of animals includes the rare black Rhino, the best chosen Tanzania day trip you might not miss. You will have a great chance to spot a number of wildlife including the Big Five, that is always spotted inside the crater. Tanzania is most famous for the Serengeti, for good reason. But the second you start descending into the Ngorongoro Crater, something shifts in the air. Your hair stands up on end. Prepare for your head to be on a swivel all day, from the first minute to the last, as wildlife interactions here will shuffle all around you. 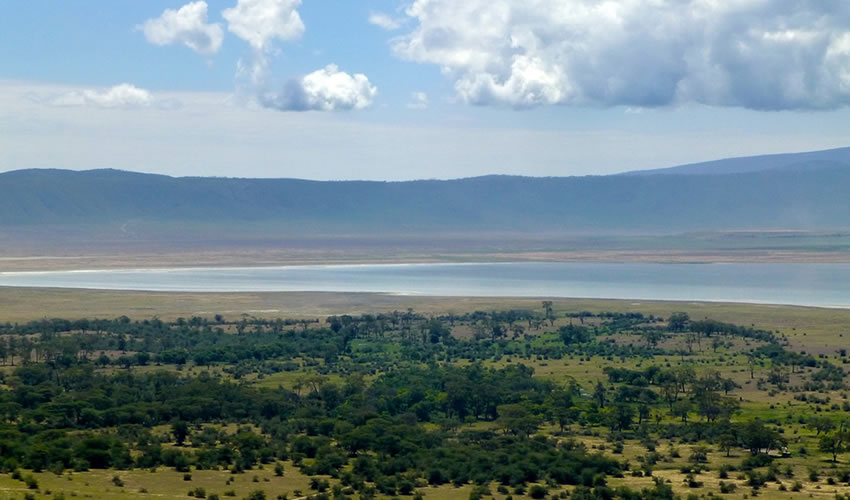 After your breakfast at your hotel in Arusha/ Moshi, you will be met by our safari guide, have a short briefing, and drive slowly towards Ngorongoro Conservations Area. On your way, you will visit various cultural sites and carvings activities with an en-route lunch which will be provided at Midday. Later in the evening, you will arrive at the crater rim of Ngorongoro. Soon after check-in, you will spend the evening on the crater rim with a very nice view of the Crater surroundings. The Crater is one of the world’s greatest natural spectacles; its magical setting and abundant wildlife never fail to enthrall visitors. It borders the Serengeti National Park to the north and west. Dinner and overnight at a lodge.

After early breakfast at your lodge, your guide will be waiting for you, with a 4wheel drive vehicle, which will take you 2000ft down the crater, tracking animals, with picnic lunch. Also referred to as “the eighth wonder of the world” and stretching across some 8,300 sq km, the Ngorongoro Conservation Area in northern Tanzania boasts a blend of landscapes, wildlife, people and archaeology that is unsurpassed in Africa. The volcanoes, grasslands, waterfalls and mountain forests are home to an abundance of animals and to the Maasai. The crater is known as home to the black rhinos which are occasionally spotted inside the crater, including other Big Fives. In the evening ascend to the lodge for dinner and overnight.

Day 3: TRANSFER BACK TO ARUSHA/ MOSHI

After breakfast, depart to Arusha town. Lunch will be provided at midday. Later in the evening, you will be transferred to the airport or departure point.